SEC vs. Vale: What can be learned from the Brumadinho dam collapse? 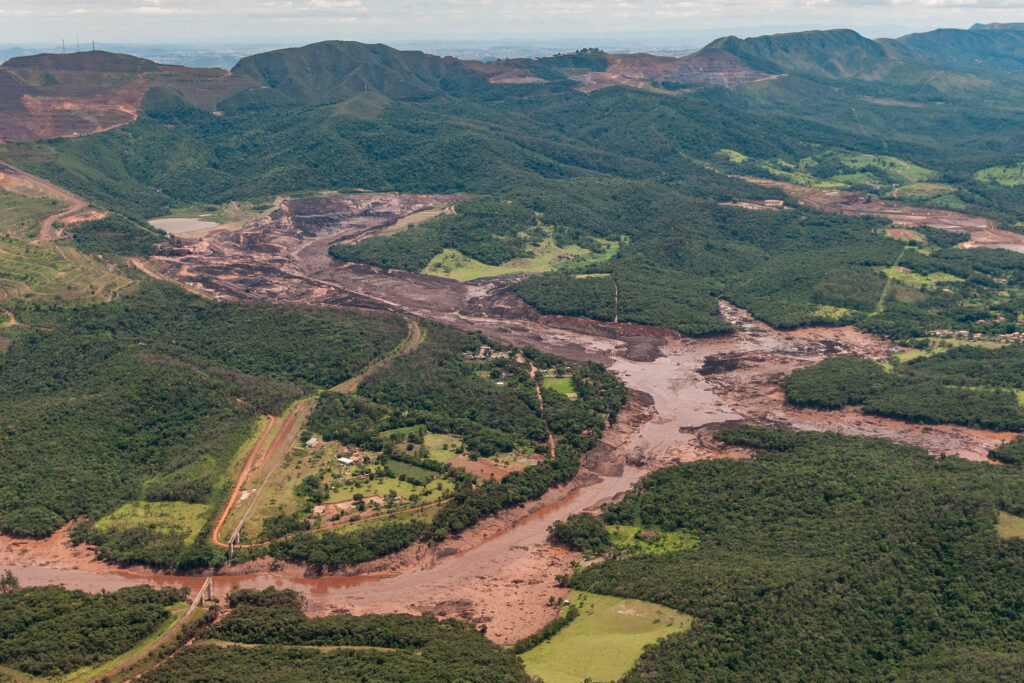 “Vale, one of the world’s largest iron ore producers, deceived investors concerning the safety and stability of dams that it built to hold waste from its mining operations. While taking full of advantage of the capital markets in the United States, Vale committed securities fraud by intentionally concealing the risks that one of its older and more dangerous dams, the Brumadinho dam, might collapse.”

This quote comes from the complaint petition that the US Securities and Exchange Commission (SEC) filed with the US District Court for the Eastern District of New York on April 28, 2022. The defendant is Vale S.A. (Vale), a Brazilian mining company.

In this blog post, we discuss key facts, law, and concepts related to the SEC complaint, concluding with three learnings from the actions the SEC has taken to confront Vale’s environmental, social, and governance (ESG) failings.

Vale and the Brumadinho dam’s collapse

In January 2019, an iron ore mine’s dam collapsed in Brumadinho, Southeast Brazil. The disaster led to 270 deaths, and more than 20,000 people were evacuated, including Indigenous tribes. The environment was also significantly affected: a wave of 11.7 million cubic meters of toxic mud containing iron, manganese, aluminum, copper, and other minerals, spread over almost 290 hectares, contaminating regionally important rivers and water reservoirs.

Vale has traded American depository receipts on the New York Stock Exchange (NYSE) for decades. As an issuer, it periodically makes disclosures required by US laws that oblige the company to provide its investors with material information. Vale also publishes annual sustainability reports and regularly hosts “ESG webinars” for its investors. After the disaster, Vale’s market capitalization fell approximately USD 4 billion, and its NYSE investors suffered losses.

The SEC alleges that Vale knowingly or negligently included misleading statements in its periodic filings and sustainability reports from 2015 to 2019. For instance, the commission asserts that “Vale misleadingly omitted that its auditor for the Brumadinho dam used faulty and unreliable data to artificially inflate the calculated safety factor up to the required minimum and that the stability certification obtained for the Brumadinho dam, as part of the Extraordinary Audit, was therefore false and improperly obtained.”

Even though the collapse of tailings dams is a well-known risk in the Brazilian mining sector, Vale did not disclosure the dangerous instability of the Brumadinho dam as a risk factor.

The social and environmental impacts of the disaster are being addressed in multiple jurisdictions. In Brazil, civil and criminal liability lawsuits against Vale and its senior management are ongoing. In Germany, damages are being sought by Brazilian families before a Munich regional court. The defendant is TÜV Süd AG, the company that certified the Brumadinho dam’s safety and stability.

Interestingly, the SEC complaint is not based on ESG-specific provisions in US law. It relies on long-standing capital market laws and regulations, such as the Exchange Act and its Rule 10b-5, as well as the Securities Act. Here, the focus is not on remediating the social and environmental impacts of the dam’s collapse; the focus is on the economic losses experienced by NYSE investors and the US capital markets as a whole. The SEC claims that Vale violated anti-fraud and reporting provisions in federal securities laws, and it seeks indemnification and civil penalties.

If successful, the litigation in Brazil and Germany has the potential to remedy the affected communities and environment. However, the SEC complaint has no direct impact on these communities. Indirectly, the SEC’s actions may nudge the company toward better environmental and social responsibility in the future. Senior management — newly aware of the risks of violating anti-fraud and reporting regulations — may decide to act more responsibly.

Even though the SEC complaint is based on general capital markets law, there are subtle ties to ESG considerations. The complaint against Vale is the first major court case after the creation of the SEC’s Climate and ESG Task Force. The task force was launched in 2021, and it aims to curb ESG-related misconduct. Its thorough investigations analyze disclosed data to identify potential violations. The commission has always focused on adequate and accurate corporate disclosures; through this task force, it is applying the enforcement standards developed over decades to newly available ESG information. The SEC has pursued 11 other ESG-related enforcement actions against issuers, using general capital markets law as the foundation of these actions.

The SEC approach to materiality

One month prior to filing the complaint against Vale, the SEC proposed rules on climate-related disclosures. Under the draft rules, companies are required to disclose the “actual or potential material effects” that climate-related risks will have on their business, strategy, and prospects. The text indicates the SEC wants companies to disclose external factors that impact them financially (outside-in, single materiality).

While the proposed rules will clarify what climate-related information should be disclosed, the SEC is already applying existing regulation, such as Regulation S-K, to ESG information disclosed by issuers.

With its complaint against Vale, the SEC establishes that companies’ own activities impact the environment and human rights (inside-out factors) and that this matters and should be disclosed. The approach to materiality that considers both outside-in and inside-out factors is known as double materiality. For the SEC, inside-out factors are considered material and must be disclosed if their impacts will influence the company’s financials. It is worth noting that material ESG events are likely to have a financial impact on companies in the short, medium, and long term.

Summing up, the SEC applies a “qualified” double-materiality approach, which means that ESG-related information (on outside-in and inside-out factors) is considered material and must be disclosed when a relevant ESG factor could financially impact a company’s business, strategy, and prospects.

The Biden-Harris administration has certainly been more proactive in the realm of ESG-related disclosures than the previous federal government. The next months will reveal how the SEC’s activities incorporate ESG matters. The following three points summarize our discussion:

Previous post
Changing tides? – Moving from voluntary to mandatory climate disclosures
Next post
Nuclear Energy, and Natural Gas: Where Do We Go From Here?